Nozstock has revealed the next wave of artists, performers, and entertainers performing at this summer’s 20th anniversary.

From Friday 20th to Sunday 22nd July, the festival celebrates two decades of mesmerising get-togethers on a working farm in the rolling hills of Herefordshire.

The new acts revealed include We Are Scientists, The Blockheads, Reginald D Hunter, Honeyfeet, Mad Dog Mcrea, Jalen N’Gonda, Slamboree Soundsystem, Spunge, Uncle Dugs, Mollie Collins and many more, along with an abundance of further performers across the festival. They join the already announced Goldfrapp, The Selecter, Dub Pistols, Macka B, Electric Swing Circus, Kiko Bun, The Lovely Eggs and many more. 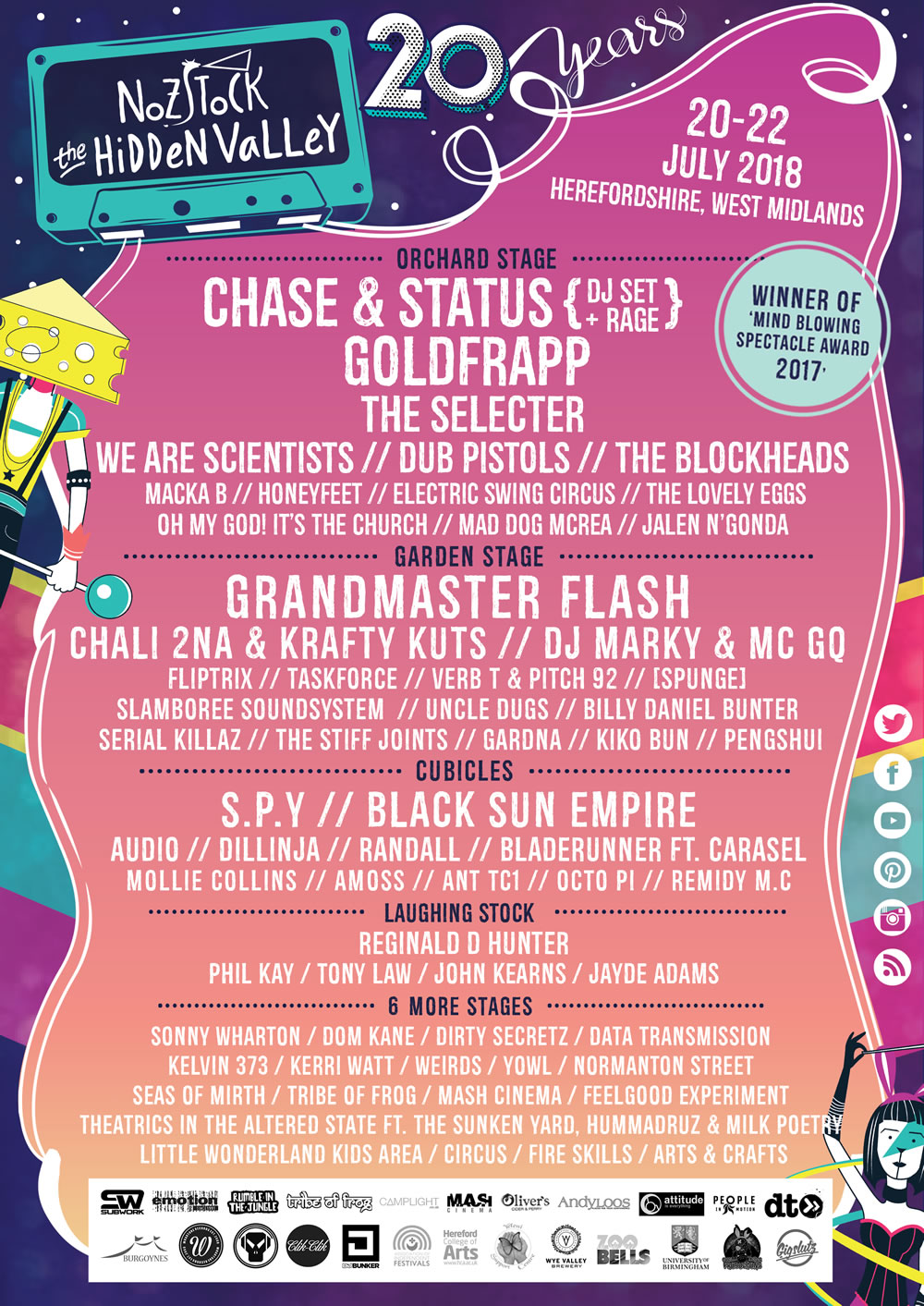 Tickets are on sale now. Get yours here.