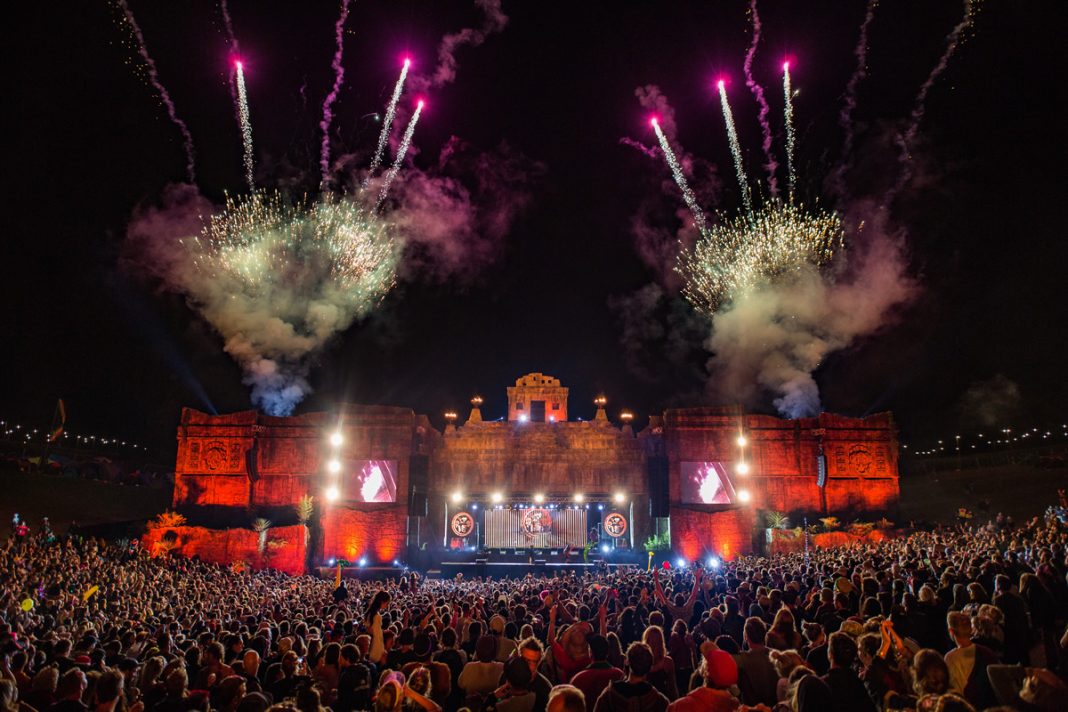 If you only just got round to reading about Boomtown 2018 and the absolute explosion the tenth anniversary is going to be, there is hope yet: tickets are once again available. I repeat, tickets are available (but there’s barely any left)!

Boomtown sold out faster than ever this year. Despite its capacity being limited to 60,000 attendees (the same as 2017), its reputation as an all-out bonanza has long marched ahead of it, covered in glitter and wearing a bumbag, top hat and very little else.

Despite officially selling out in February, this year for the first time ever Boomtown have organised a ticket resale for any unclaimed or unwanted tickets, which opened last Wednesday. Resale standard tickets sold out in under a minute (!), but there’s still Wednesday entry left, a new feature for this year, as well as traveller packages for those arriving on public transport – although only a few, so get on it! And if you’ve already got a travelling ticket rejoice: as thanks for your environment-saving efforts, Boomtown is offering free Wednesday entry.

However, the big ticket news is the completely fresh and exclusive Boomtown Springs. In addition to the resale tickets, they’ve also released a brand new “experimental immersive camping experience”, a “utopia in suburbia” – a show within the show. And I don’t think they’re talking about adding grazing cows or a gentle morning chorus.

Although the immersive camping experience hasn’t been fully explained yet, there are just a few little perks to the new ticket. Like the “mansion” and “pool” parties, posh shower and loo facilities for those that prefer a fresher kind of festival, and, oh, what’s that? Only a cool one hundred pounds worth of free drinks. It’s described as being in a prime central location, although in classic Boomtown fashion no maps have been released yet, despite a completely new district, Diss-order Alley, charging into town, as well as various updates and revamps of other areas. A Springs ticket will also grant access to free phone charging – not that I’ve ever known there to be any signal at Boomtown – and exclusive food outlets, and a dedicated entrance lane into the city. There’s options for pre-pitched tents and plenty of other perks still to be announced, as well as free Wednesday entry in order to catch top acts from the likes of Brushy One String and ASBO Disco. What more could you want?

And don’t worry: if the idea of a pool parties or flushing toilets has piqued your interest but you’ve already grabbed your ticket, upgrades to the Springs passes are available – just get in touch with Ticketsellers, or find more information at www.boomtownfair.co.uk/boomtown-springs. Get them while you can – if they’re not sold out already!