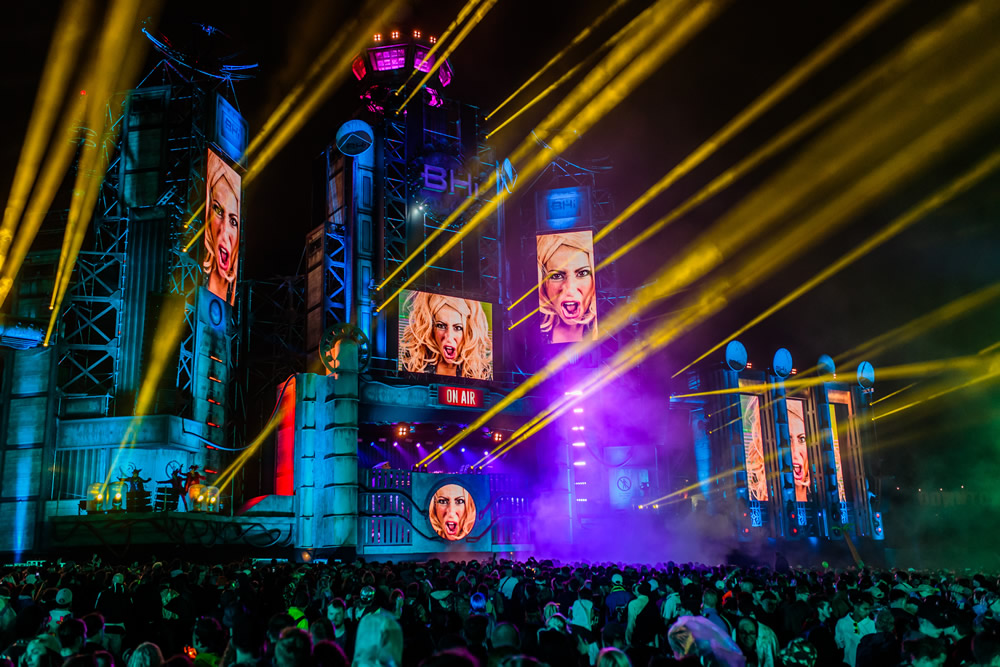 As the completely immersive experience of Boomtown Chapter Ten beckons us towards it, here’s what we’re looking forward to at this year’s showdown.

On the 9th to the 12th of August, the giant natural amphitheatre of Winchester’s Matterley Estate will once again burst into life as the 60,000 “citizens” hit Boomtown Fair’s colourful, character-lined streets. With brand new stages, four new districts and its renowned explosion of outrageous theatrics, whether or not the machine can be stopped (this year’s story tagline) from getting its glitter together and rolling into town, our friendship circle certainly can’t.

This year the tickets sold out faster than ever, but if you weren’t hovering at your keyboard on release day there’s still a little hope with resale tickets going live in June. And if for some reason you’re unconvinced – and the only reason you would be is because you’ve been living in a silent retreat in the outback for the past ten years – please: allow me.

Alongside Boomtown’s usual joyful explosion of architecture – ranging from shanty towns to industrial power stations to repurposed shipping containers that reverberate with drum and bass – that takes all year to prepare for, in 2018 there’ll be new playgrounds galore. A brand-skanking-new district, Diss-order Alley, will house punk, metal and ska music across three new live venues in an abandoned military base, creating an alcove for the enraged combattants of the marginalised – the new place to go if you want to blow off steam in a sea of beaten screaming grunge with the homespun twang of old school hardcore. Mayfair, Chinatown, and The Wild West have all been similarly updated into Paradise Heights, Metropolis and Copper Country respectively; I can’t wait to see what new delights – with the talent this place has for riffing on and exploding the real life drama and fake news of today’s world – these updated districts will explore. There’s going to be some seriously big musical names to look forward to this year as well: Gorillaz, Soul II Soul and Lady Leshurr are just the tiniest taste of the voluptuous buffet of music on offer. The sheer range of frequencies provided by the bassy forest sound systems are never going to go amiss either.

With Boomtown, it’s never just about the music though. Its theatrical, “more virtual reality than festival” world carefully weaves together the whole experience, riddled with subtleties and references to humdrum life without distracting from the escapist atmosphere that emancipates and charges the conic arena. Actors interact with other actors interacting with passersby dressed in strange costumes and in secret rooms until it’s no longer clear who’s telling the truth, who’s acting, and who’s spent too long in the sun drinking cider – although, let’s be honest, it’s probably you playing the latter role. This year you can even legitimise yourself as the real-deal formal city-dweller by acquiring your very own citizen’s ID – a hilariously legal form of ID with a PASS hologram and everything – on Boomtown’s website.