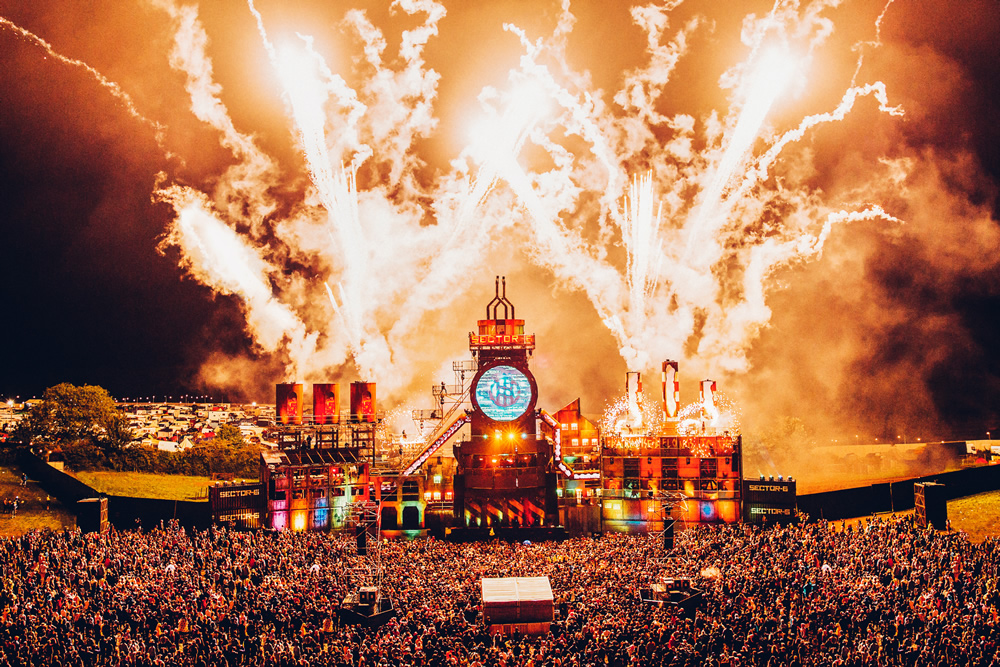 Boomtown Fair is back this year, with a plethora of world class headliners set to take the summer by storm. Or sun, hopefully, as over 60,000 festival goers will cavort to a delightful array of 25 main stages with an eclectic mix of music, from Drum ‘n’ Bass to psy-trance, rap and pop to folk and everything in between. The list of foot tingling acts just goes on;- Lauryn Hill, Grammy winning, multi record breaking Queen of 90s Soul and Fugees member will grace the Lion’s Den Stage along with pop legend Ms Dynamite, reggae star Marcia Griffiths, Brummy Hip-Hoppers The Streets and world renowned British Dub band, UB40.

Boomtown describe their festival as ‘music, theatre, escapism, community and creativity.’ One glance at the programme shows its colours as a wonderfully eclectic extravaganza of the arts. Their website describes an epic of yearly chapters, beginning in 2009 with ‘intrepid explorer Nickolas Boom discovering Gold in them thar hills’ and continuing through tales of aliens and palaces, revolution and fantastical characters to 2019, titled ‘A Radical City’, where we will carry on the adventure and revelry in the wilds of the Hampshire countryside.

As well as a mind blowing set list, Boomtown offers an array of magnificent entertainment. See the ‘magical’ Tribe of Frogs light displays after the sun goes down, follow the Sunday ‘colourful global carnival’ parade and be amazed at the elaborate opening and closing shows and their fireworks. Glide into the Paradise Ballroom, frolic at the Copper Feel Cabaret and waltz at the Twisted Fairground. Villa Avarice hosts a stage of motivational speakers, Momentary Bliss offers a ‘Restoratorium’ and Speaker’s Corner presents a series of talks around mental health, Extinction Rebellion, drug awareness and the first hand experiences of an ex child soldier from South Sudan.

If you’re travelling with family, there is a world of wonder to explore. Kidztown  – ‘melting pot of music and theatre, mischief and mayhem, adventure, creativity and outright silliness’ – hosts workshops in craft, science, metal work and theatre, and the Wildwood Forest School teach outdoor skills and discover the Hidden Woods, complete with mud kitchen and giant hammocks. Little ones can also see puppet shows, go to the cinema, and control their very own radio station, Kidztown Radio.

Boomtown also offers the luxury of belltents, suitehuts, Indian shakirs and gypsy bowtop wagons among other exotic residencies. Boomtown also have a Green Mission; leave no trace and respect the environment. Tier four tickets start at £244. Needless to say, it looks magnificent.